We work to demonstrate the power and promise of Recovery from addiction to alcohol and other drugs, and the value Recovery provides to individuals, families, and entire communities throughout New York State. DR. ANGELIA SMITH-WILSONExecutive Director
Dr. Smith-Wilson brings over 20 years of human service and addiction experience to Friends of Recovery-New York. Angelia’s career spans across working with human service agencies that have served individuals with mental health, substance use, residential, and homeless issues. She has worked as an intensive case manager, a primary therapist, a director of client services and eventually progressing to level of vice president throughout the greater Rochester area.

Angelia has centered her career around improving treatment outcomes for those in recovery, as well as exploring research designed at substance use counselor development. Her doctoral dissertation, entitled, “Examining the Relationship between the Substance Abuse Counselor Knowledge of the Models of Disability and their self-assessment of cultural competence working with the Deaf Sign Language User,” afforded her the opportunity to learn and study addictions from the counselor’s perspective.

Dr. Smith-Wilson has a B.S. in Psychology from SUNY Brockport, Master of Social Work from Roberts Wesleyan College and a Doctorate in Education from St. John Fisher College. Dr. Smith-Wilson is adjunct faculty at the School of Social Welfare, Graduate MSW Program, University of Albany, where she teaches Macro Practice Social Work.

Dr. Smith-Wilson comes to us from her most recent position as the Assistant Director of Local Program Operations at the New York State Office for the Aging, within the Local Programs Division. 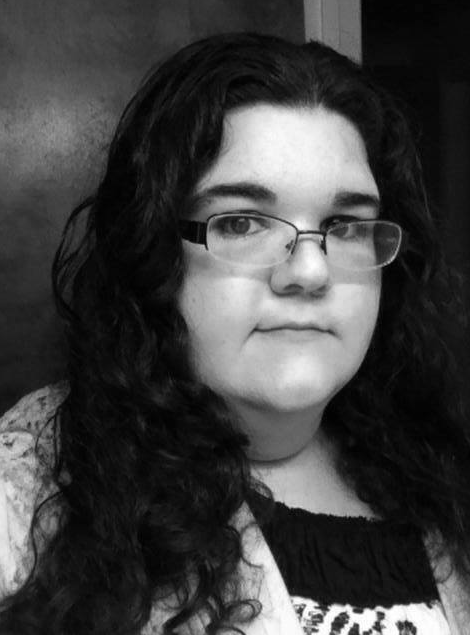 JENNIFER DONADIOProject Director - Rural Recovery
Jennifer Donadio came to Friends of Recovery – New York as an MSW intern. Since then, she has stayed with FOR-NY in several capacities and is excited to utilize her social work background as our HRSA Project Director. Jennifer is passionate about exploring intersectional identities and the unique experiences of the recovery community. ANDRÉA C. WESTChief of Operations
Andréa C. West is a native of Albany, New York. She is a third-generation civil servant who is committed to providing training and coaching to underserved populations in order to help them navigate professionally as well as in their everyday lives. She is a family member in recovery and has been a longstanding advocate for the recovery community.

Ms. West began her educational advancement on the campus of Virginia Union University, located in Richmond, Virginia and has worked in Public Administration for over 22 years. She has held several positions in city, state, and local government such as: Administrative Assistant to late Chair of the New York State Assembly Ways and Means Committee, the Honorable Herman “Denny” Farrell, Jr.; Payroll and Accounts Payable Administrator and Personnel Assistant for the City of Albany. Most recently, Ms. West served as the Assistant Director of Human Resources for the City School District of Albany and was responsible for overseeing benefits administration for over 1800 employees, FMLA, workers’ compensation, civil service, contract negotiations, recruitment, teacher certifications, and employee trainings.

Ms. West is an active member of the community and has served in various capacities. In January 2016, she was appointed to the Diversity Council for the Alzheimer’s Association of Northeastern New York. She has volunteered with Equinox for over 20 years; tutored elementary and middle school children; helped build homes with Capital District Habitat for Humanity; and facilitated workshops for teens on etiquette, police contact, and conflict resolution. Most notably, Ms. West was elected city-wide to serve a five-year term as Albany Public Library Board Trustee for the City of Albany, NY in June 2022.

Ms. West fundamentally believes “It is important to lead by example and not be afraid to share your mistakes with others. We learn from our mistakes. If I can help someone by sharing my failures and missteps; then I have done a good service.” She also believes “It is better not to make a vow, than to make a vow and break it.” If she makes a commitment to do something, it gets done!

Ms. West is the proud mother of two sons, Bakari and Amir. THERESA KNORRDirector of Recovery Education & Training
Theresa is a family member in recovery and works her own process addiction recovery program. She comes to FOR-NY with over 30 years of professional experience in counseling, coaching and case management, specializing in addiction treatment and recovery. She has been teaching, training & developing curriculum focused on wellness, staff and client self-care, relapse prevention and personal growth for more than 15 years. She has also been volunteering in the community teaching meditation and esoteric pyschology for over 17 years. As a former Credentialed Alcohol and Substance Abuse Counselor (CASAC) in New York and CADAC in Arizona, Theresa has been a clinician, a clinical supervisor and program director. Ms. Knorr’s previous employers include Pahl, Inc., Hope House, Hudson Mohawk Recovery Center, Equinox and Hedgerow House (Transitional Services Association, Inc.). She is currently owner of BALANCE Recovery Consultation | “Tai Chi for Recovery”. CASSANDRA FARRUGIACommunications Manager
Cas is joining us from her last position as the Associate Director of Communications and Outreach at the New York State chapter of the National Alliance on Mental Illness (NAMI-NYS). Cas received her BA in Psychology and Women’s Gender and Sexualities Studies from SUNY New Paltz.

Cas was born and raised in the Bronx, NY and identifies as a Queer Latina who is living in mental health recovery and is a family member of a person in long-term sustainable recovery, who demonstrates everyday that recovery is possible. Her previous experience with NAMI-NYS and as an active activist and leader with Voices of Community Activists and Leaders – New York (VOCAL-NY), has allow her to strengthen her voice to advocate for herself, loved ones and her community. In addition, Cas is a member of the Capital Region Chapter of Women United. ASHTON DALEYYouth Recovery Program Coordinator
Ashton joined us in May 2019 as our MSW Macro Practice Intern was our Wrap Around Peer Support specialist, and is now our Youth/Young Adult Recovery Program Support Specialist.

Ashton received his BSW at Slippery Rock University in Pennsylvania and his MSW from University at Albany. Ashton is an ally to the Recovery Community and a passionate activist looking forward to working with the Recovery Community to organize and advocate for progressive change and eliminate the negative perception of people in recovery and those experiencing addiction.

Ashton is also a member of the transgender community and looks forward to assisting the Recovery Community in becoming more accessible to people of all gender identities and expressions. WILVENA GORDONAlumni Association of New York State Coordinator
Ms. Gordon is a person in long term recovery who has done service commitments for the addiction recovery community continuously since 1986, including Public Relations coordination on the multi-state, Regional and Zonal level for the past four years. Ms. Gordon taught as a Lecturer at Queensborough Community College and was a public school English teacher for over 20 years.
Ms. Gordon has extensively traveled in relation to professional addiction recovery service in Thailand, Indonesia, Switzerland, Poland, Canada, and Peru. Ms. Gordon is a graduate of Harvard College, Bank Street College of Education and has graduate course work at New York University, Oxford University and Columbia University Business School. Ms. Gordon is a mother of three sons. She sponsors women internationally and is an ally of the LGBTQ community.